Highest Cricket Ground In The World

Indians are absolutely fanatic about cricket. It is only natural for it to also feature the highest cricket ground in the world recorded by the Guinness Book. This beautiful ground is located in the picturesque landscapes of Chail in the state of Himachal Pradesh, The terrains of Chail are spread over three hills (Pandhawa, Rajgarh and Sidh Tibba) and are immensely popular for leisure-walks and short-treks. The ground was built in 1893 by Bhupinder Sing, Maharaja of Patiala and is situated 2,444 meters above the sea level.

Lunar Water Was Discovered By India

India Has A Spa Just For Elephants

The scorching heat of coastal regions definitely calls for a spa treatment for sweltering elephants! These human friendly-tuskers can be found receiving lavish baths and soothing massages at the Punnathoor Cotta Elephant Yard in Guruvayur.  The rejuvenation center is attached to the famous Guruvayurappan Hindu Temple, where elephants are known to play a key role in Kerala’s legendary temple procession. The elephants can be seen indulging themselves in the kindness displayed by locals who happily scrub their massive bellies and manage to clean those tough-to-reach spots.

This is a world-record-breaking Fact about India. Love milk and milk products? Here’s an interesting fact for you. Reaching over 155.5 million tonnes in 2015, India is the largest milk-producing country in the world.

Diamonds Were First Mined In India

For centuries, India was the only place one could find these precious stones. The earliest producing diamond mines were in the Golconda region of India. Diamonds were found only in alluvial deposits in Guntur along the rivers Penner, Krishna and Godavari in Southern India.

India Is The Largest Democracy In The World

The constitution of India is applauded at a global level, making the motto ‘For the people, from the people, by the people’ as charming as ever!

Ayurveda, The Earliest School Of Medicine Known To Mankind, Has Its Origins From India

The pseudoscientific medicinal has its historical roots in the Indian subcontinent. It has existed since the time of Indus Valley civilisation and developed in the Vedic age.

India Has The Largest Number Of Active Mosques In The World

Ranging from Jama Masjid, to Haji Ali Dargah, India is home to around 300,000 mosques. The figure is even more than that of Muslim nations! This highlights the ideals of diversity in culture, and secularism.

Asia is considered the hub of the world of martial arts by many people. Many prominent forms of martial arts that originated from India include hwa rang do, kung fu, and karate. these later spread to the rest of Asia by Buddhist missionaries.

With The Anti-gravitational Effect, There Is A Magnetic Hill In India

The mysterious hill of Cyclops in Leh Ladakh is landmarked by a yellow notice board that spells out instructions and asks you place your car on neutral gear right on the spot marked by white paint. You be be amazed to see that your car will begin to move uphill on its own!Located at a distance of 30 km from Leh city, this hill defies the phenomenon of gravity. Legend says, that this magnetic road is a straightway to heaven. Freaky right?

Only Home To Both Tigers And Lions

Another fact making India incredible is that it is the only country in the world which has both Tigers and Lions!

The Gathering Of The Kumbh Mela Is Visible From Space 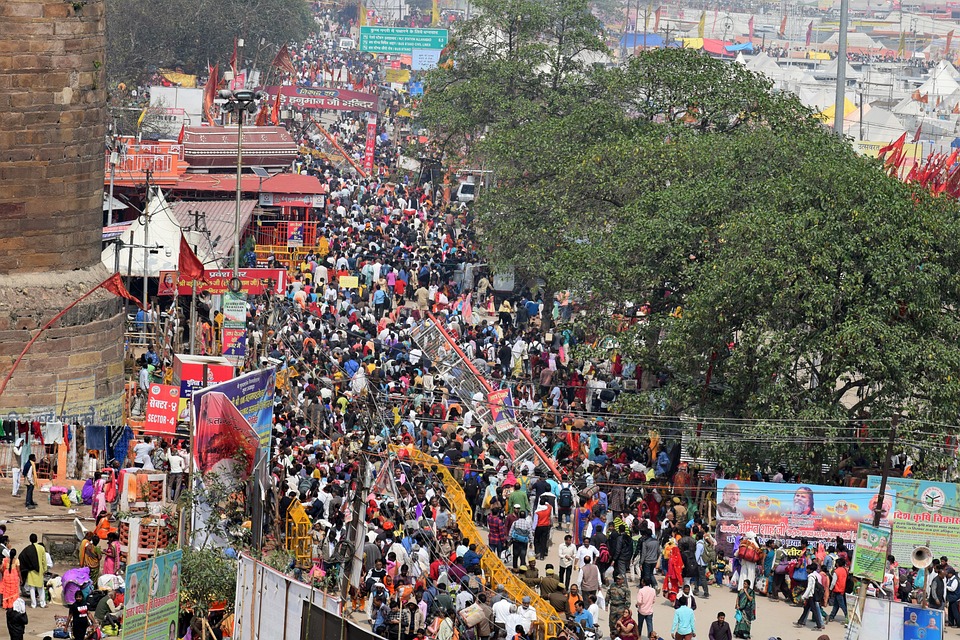 The Kumbh Mela is a spiritual event held once in 12 years in Northern India. This religious gathering was so vast that it is visible in space through a satellite. It attracts over 70 million people, making the festival, the world’s biggest human gathering!

India Has A Skeleton Lake

Locally known as the mystery lake or the skeleton lake, Uttarakhand’s Roopkund is infamous for hundreds of human skeletons found at the bottom of the lake and in the surrounding areas. Just the sight of this lake brings a nerve -wrecking experience through your spine!

The World’s Highest Motorable Road Greets You At Ladakh

The world’s highest motorable road greets you at Ladakh at an elevation of over 19,300 feet. Bike enthusiasts, take note because this fact about India could bring about a new adrenaline-filled adventure for you.

India Has A Hospital Train

Living true to its name, The Lifeline Express also known as the Jeevan Rekha Express is the world’s first hospital train taking its services ranging from surgeries to cancer treatment to remote villages.

Northeast India’s ‘Abode of clouds’, Meghalaya, is the wettest inhabited place on earth. The forested region has an average rainfall of 12,000 mm (470 inches) of rain every year.

The Country Where Chess Originated

Half Of The World’s Outsourced IT Services

Half of the world’s outsourced IT services come from India. Industries including banking, healthcare, financial services and accounting are outsourcing in ever greater numbers.

A fact that no one knows is that it was India, which introduced the world to shampoo. The word ‘shampoo’ is derived from the Hindi word, champo.

Sugarcane And Its Uses

People in the Indian subcontinent were the first to discover the use of sugarcane and its properties in medicine and food.

Indians Value Their Guests As Much As They Value God

Atithi Devo Bhavah means the guest is equivalent to God and for Hindu, it prescribes as a zestful host-guest relationship. The guests have always been important in India’s culture!

There Is A Village With No Doors And Locks, And Zero Crimes

Shani Shingnapur is a village in India where the villagers do not use doors and locks in their houses. Surprisingly the village has not recorded any kind of crime for over 400 years.  The locals believe that their security comes from lord Shani, The God of Saturn.

India Has The Biggest Sundial In The World

The world’s largest sundial in Jaipur, India is 27 meters (90 feet) tall and is so huge that its shadow moves at a speed of 1 millimeter per second and it moves 6 centimeters (about 2 1/3 inches) every minute.

The Golden Temple In Amritsar

One of the most amazing facts about India is that The Golden Temple in Amritsar, Punjab, feeds a vegetarian meal to over 50,000 people a day regardless of their race, religion and class.

India is the only country to have an entire ocean named after it- The Indian Ocean!

Here’s a fascinating fact, the number of people travelling daily using the Indian Railways is equal to the entire population of Australia. This number is around 23 million people. The Indian Railways is the largest network in India, the second largest in the world operated under a single management.

Mizoram Is The Birthplace For The Biggest Family In The World

Did you know a man in India has the world’s biggest family with 181 family members? Ziona Chana, a man from Mizoram has 9 wives, 94 children, 14 daughters-in-law and 33 grandchildren. He resides in a 100 room mansion in the Baktawng village of Mizoram. He also holds the world record as the head of the “world’s largest existing family”. With 181 family members and still counting, Ziona was even featured in Ripley’s Believe It or Not!

Here are some course recommendations for you travel enthusiasts!