The Red Fort is one of Delhi’s historical landmarks. The red sandstone employed by the Mughals in the construction of this monument gave it its name. The royals used this fort, which is located in the heart of the city, as a ceremonial location and nowadays, the site is used for political and national festivities.

The magnificence of the fortified wall on the outside isn’t all there is to the Red Fort. Inside the fort, there are several unique attractions such as palaces, halls, museums, and more. 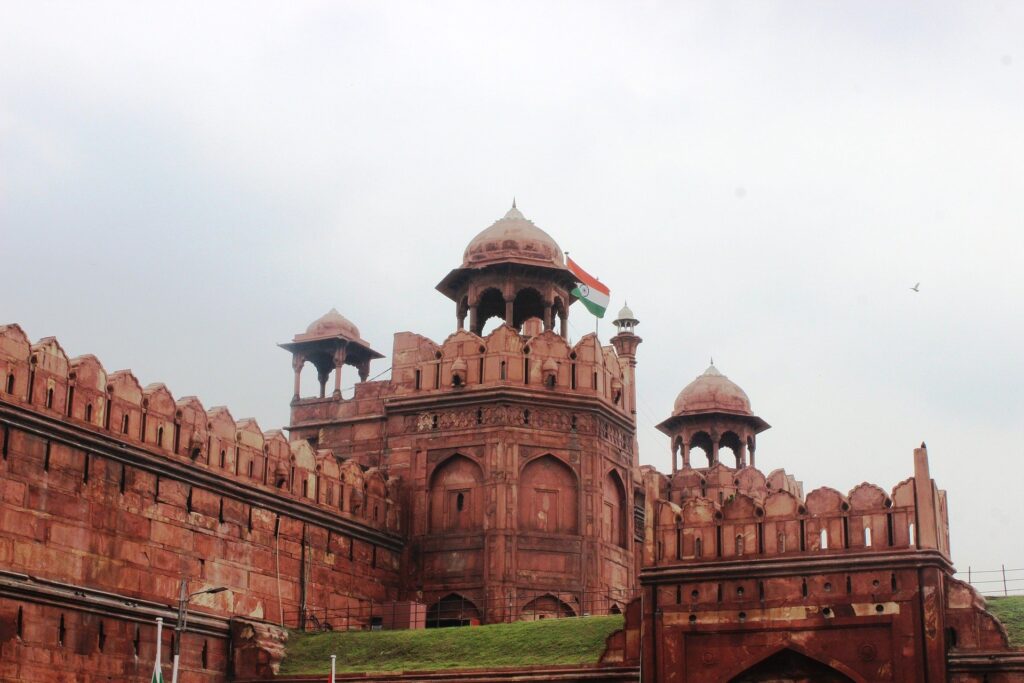 This monument, built in the 17th century, is a tourist attraction in and of itself. The fort is built on 254 acres of land that spans 2.4 kilometres. The fort is octagonal in design, with marble works adorning many of the fort’s areas.

The ornamentation is reported to include a Kohinoor diamond. The fort has three entrances. The Khizrabad Gate, which was once used by the royals but is now closed to the public. 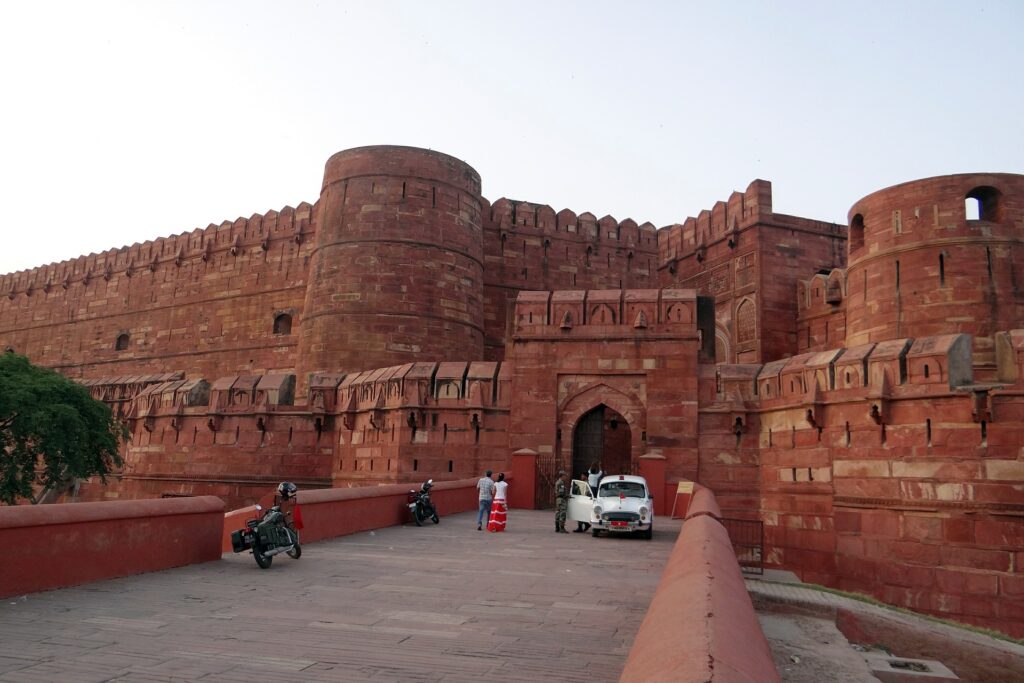 The public can enter through the Lahore and Delhi gates. If you walk out of the Lahore gate, you’ll reach Chatta Chowk, a major shopping centre with souvenir shops and window shops. The retail centre is known for its home goods, silk, jewellery, and other items.

Garden design and other architectural characteristics in the fort indicate that a palace was intended to be erected inside. The fort was stormed in the 18th century for the purpose of plundering valuable artworks. Some of the flats or structures are in good repair and can be visited by tourists.

A small drum room is known as the Naubat Khana. Music was played from this room at set intervals in ancient times. To go to the main court area, NakkarKhana, a vast, guarded public audience hall, walk past the drum chamber. Large columns are supported by ornate arches in the hall. A high stage with a balcony is where the royals delivered their remarks.

All of the pavilions are connected by canals. The water comes from the Yamuna River. Women’s quarters, which include Mumtaz Mahal and Rang Mahal, are located in the fort’s southernmost pavilions. An archaeological museum is housed at Mumtaz Mahal. Mughal artefacts are on display at the museum.

The emperor’s wife and mistresses frequented Rang Mahal. The castle is vividly coloured and mosaics adorn the walls. Inside, there is a big marble pool. The king’s residence is known as the Khas Mahal.

A small court can be seen on the northern side of the audience hall, which was once utilised as a private audience hall. This hall has a silvered ceiling and expensive stone decorations. A peacock throne, among other things, can be found here.

Things To See At The Red Fort 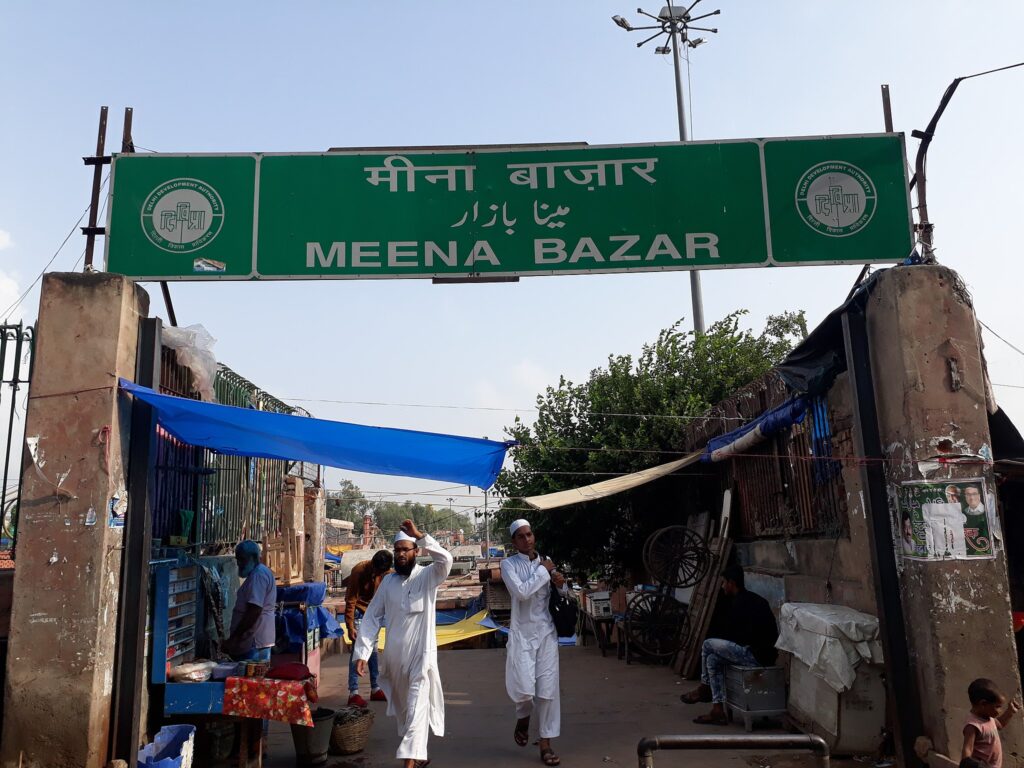 It is reported that Baadshah himself used to examine this bazaar, where Begums and other women shopkeepers would sometimes demonstrate their economic skills.

Meena Bazaar is the market area beneath Jama Masjid’s eastern end. The market has a long and illustrious history. The Lahore Gate of the Red Fort leads to this covered bazaar, which was once known as the ‘Bazaar-i-Musaqqaf.’ In 1646, Shah Jahan visited an arcade in Peshawar and was influenced by it.

Shah Jahan instructed Mukarmat Khan, who was in charge of the Red Fort’s construction, to build a covered market identical to the Red Fort. Meena Bazaar, located at the fort’s entrance, was built by Shah Jahan to display the Mughal Empire’s wealth and abilities. Around 300 years ago, Meena Bazaar provided products to the royal household. 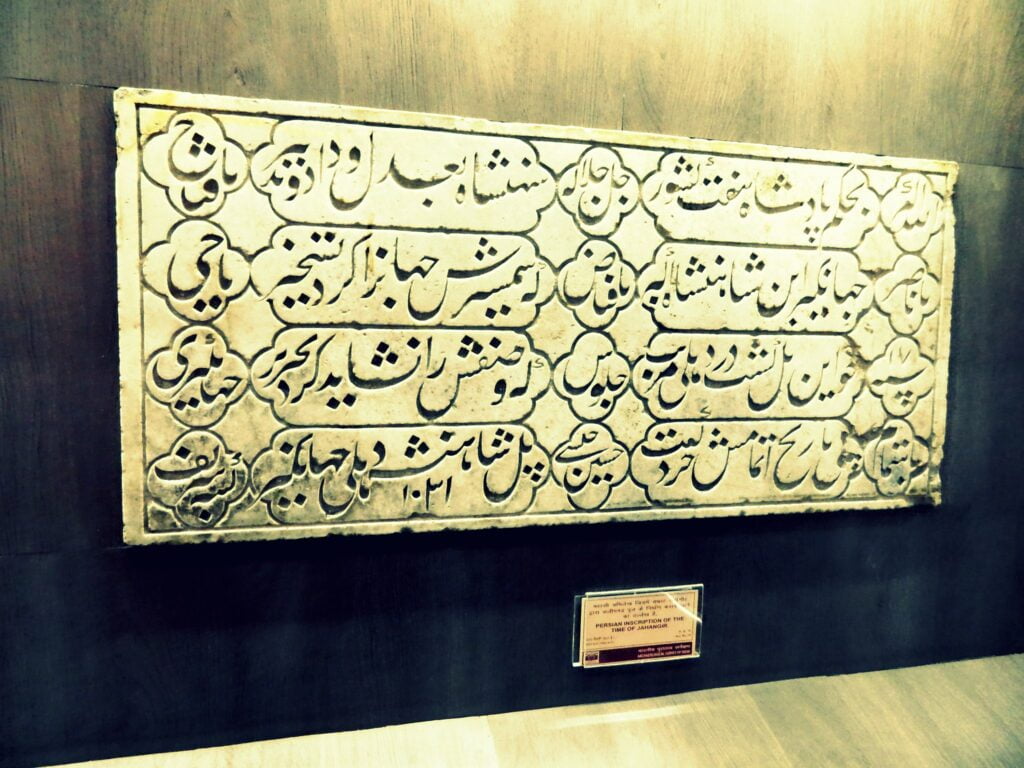 This museum, formerly known as the Palace Museum, was established in the Naubhat Khana in 1911. It was later relocated to the Mumtaz Mahal, which had been used as a mess by British invaders. The Archaeological Survey of India is now in charge of the museum.

During Nadir Shah’s invasion of India in 1747 and again following the failed Indian Rebellion of 1857 against British colonialists, most of the Mughal valuables and jewels of the Red Fort were looted and stolen. They were eventually sold to private collectors and institutions such as the British Museum, British Library, and Victoria and Albert Museum. The Koh-i-Noor diamond, Shah Jahan’s jade wine cup, and Bahadur Shah II’s crown, for example, are all currently housed in London. The British government has turned down several petitions for reparations. As a result, the museum can only display a limited portion of Mughal property and heritage. 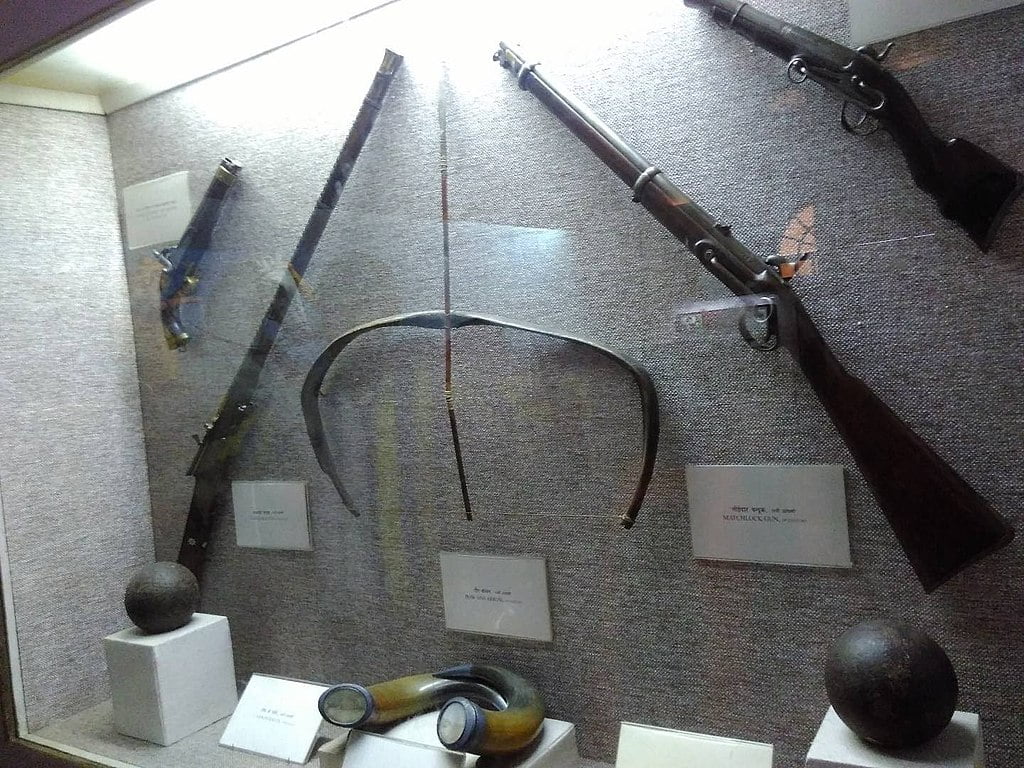 The state-of-the-art educational and informative museum inside Delhi’s Red Fort, aptly named ‘Azadi Ke Diwane,’ is a brainchild of the Archaeological Survey of India (ASI) and highlights multi-sensory technologies. Although, the city’s historical complex appears to have become a hotspot for new museums since four more have lately opened in the same location.

The enormous museum, dedicated to honouring the lives of forgotten combat heroes, is organised into more than 20 zones and spans two floors. There are also over 150 panels, archive material, audio-visuals, touch-screen kiosks, and a few other noteworthy displays, such as the Andaman prison experience.

The Kranti Mandir series’ ‘Azaadi ke Diwane‘ is developed with the intention of stirring the millennial generation and subsequently making them aware of the sacrifices these great freedom fighters have made for the country. This interactive, digitised museum will be a one-of-a-kind in the city, and it is expected to attract a lot of interest from both locals and tourists. 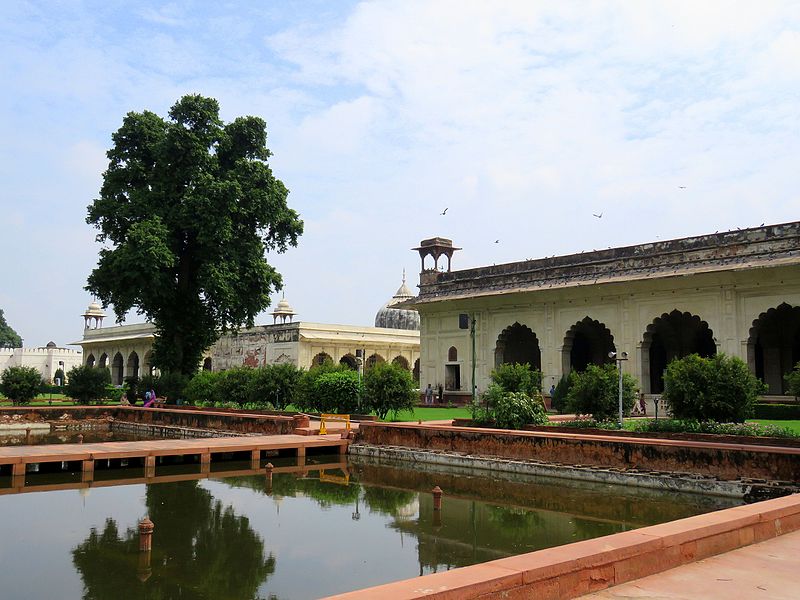 The Bagh-e Hayar Bakhsh (Life-Giving Garden) was the largest of the gardens, and most of it is still visible today. Additionally, it has a big char bagh with water channels and a seaside patio. Although, the palace buildings themselves were designed as symbolic gardens, with cypress-like columns. Water channels and flower arrangements were present. Shah Jahan’s lush, floral, and the fertile rule was symbolised by the Red Fort, subsequently, he lived in a beautiful garden and sought to establish a paradise on earth. ‘If there is an earthly paradise, this is it.’ Only a few of the water features remain functional, and the landscaping has been neglected severely.

Since we are on a tour to India, you might also want to discover the fort with 3rd largest wall in the world! Click here to know more about the Amer Fort of Jaipur.

Other notable features include the stepwell, imperial bath, Moti Masjid, and Hira Mahal. however, a tiny garden can be found on the fort’s northern side, which was once fed by a reservoir. Similar gardens existed on the fort’s western flank, but they were destroyed by the British in the past.

Along with these attractions, Red Fort is a large and attractive site to explore and spend time.