India Gate is one of the central attractions of New Delhi and also a famous tourist spot in India. It fosters so much history that, tourists want to see it at least once when they are here. Be it a parade, ceremony, or program for honoring a leader, the India Gate is the best place for every major event. It is not only a popular tourist landmark, but it also has some interesting facts that you should know.

The India Gate is referred to as one of the most significant and famous destinations of Delhi in the early 20th century. It is located on Rajpath, which is in the heart of New Delhi. This monument was originally erected to commemorate the brave soldiers who were part of the British Indian army but lost their lives fighting in the wars in Afghanistan and the First World War.

Most people think that India Gate is the original name of this monument. However, the fact remains that it was changed on the site of the Indian Army’s tomb shortly after the country gained independence. Otherwise,  it used to be called the India War Memorial. Apart from commemoration, this monument is also a popular site for the Amar Jawan Jyoti.

As you can see from the many images of India Gates, you will not be surprised that it has the construction to match the British empress design, in pre-independent India. But the fact is, this place was designed with the concept of the Parisian Arc de Triomphe in mind. 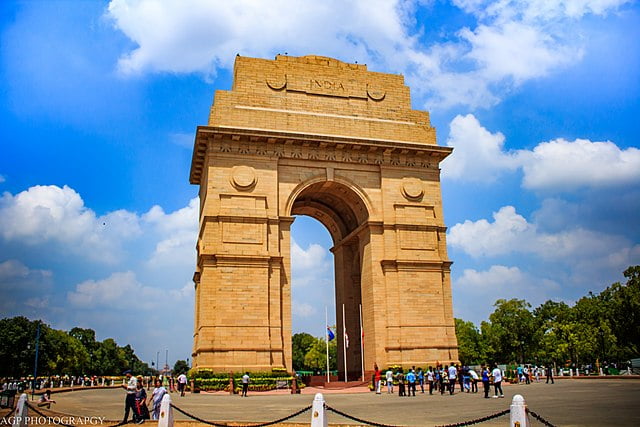 It is not the shortest, but it is 42 meters high. It was Sir Edwin Lutyens who laid the foundation, who was also a famous architect in Delhi. This gate was made from local sandstones and it goes without saying that it is still strong and intact.

It also had another statue, that of George V. Initially, when India was under the rule of the British Empire, Great George V was the emperor during that time. But shortly after independence and the controversy surrounding the site, this statue was removed and later placed in Coronation Park along with a few other statues. The flame called Amar Jawan Jyoti stays lighted at this gate all the time. If you plan to come here, you can certainly check it out. It is intended to commemorate the 1971 martyrs who fought in the IndoPak war. It is guarded by the army on all sides. 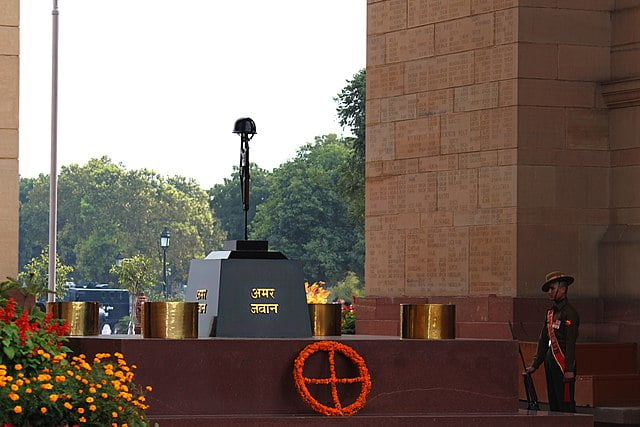 It is said that building a great monument is not an easy task. Just as the Taj Mahal has a meaning and a sign of love, the India Gate is said to be the monument of the martyrs. Its construction also took a long time, almost 10 years to be fully built. Duke of Connaught laid its foundation on February 10th, 1921.

India Gate is an impressive monument, but it not only contains black marble. Rather, many other things are embedded in it. If you look closer, you will find the name engraved on the walls. 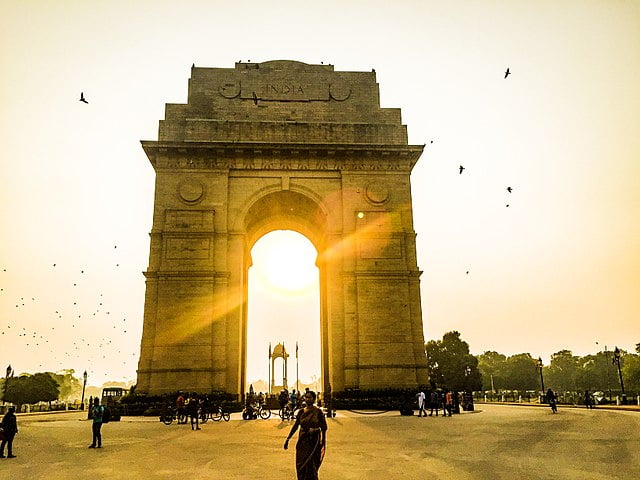 There are almost 4,444 13,218  names of soldiers, including officers and soldiers of the UK Army.

You are sure to see a lot of people enjoying a weekend picnic. But that is not all. This place is a patriotic attraction. And so many people come to India to see India Gate. 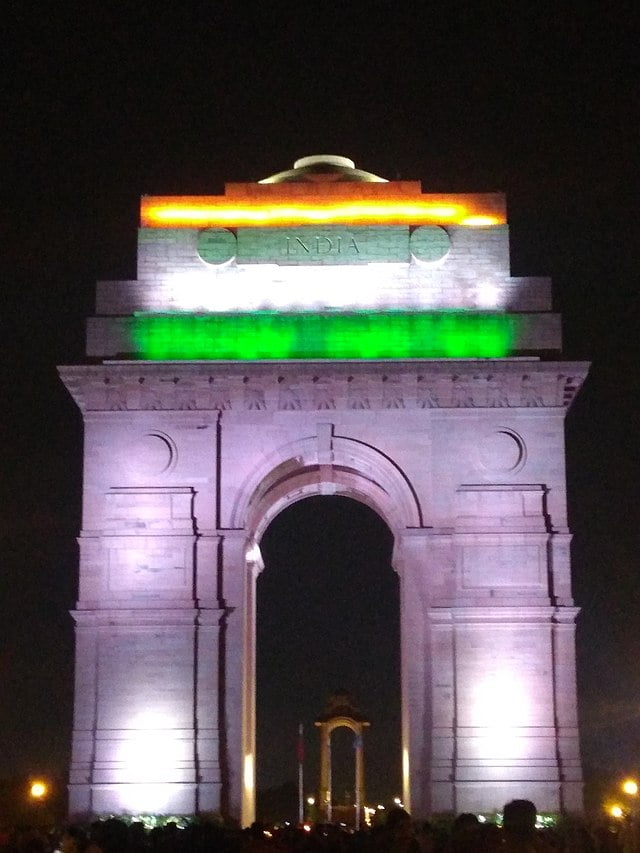 It has an amazing setting with lush green gardens that most people have a great time at night and even during the day you can spend amazing times here.

There are so many major events like January 26th and the August 15th parade that are organized here.

In addition to locals and tourists, even the prime minister, president and ministers often visit India Gate to pay tribute and respect to Amar Jawan Jyoti at some state ceremonies.

If you look closer, you will see that INDIA is engraved on both sides. There are also the dates to the right and left of the word India, which has MCMXIX (1919) and MCMXIV (1914).

Definitely, there are many interesting facts about India Gate that will captivate you. If you have been amazed by them, then now it’s time to pack your bags and camera and get to this amazing monument. This place surely promises a great and fun outing with family and friends, so do visit this phenomenal destination.

If you love to go to the national parks and jungle safaris, then do read our post on Jim Corbett National Park.