High up in the Sierra, lies one of California’s most unique and beautiful alpine lakes, Lake Tahoe. The Lake, with its 1,645 feet of depth, is America’s second deepest lake. (Crater Lake is America’s deepest, while Lake Baikal is Russia’s deepest, with a depth of 5,369 feet the largest in the world). The Lake was created 24 million years ago due to the rise and fall of the countryside. A subterranean river system could feed into the Pyramid Lake located north of Reno, Nevada, according to many reports. 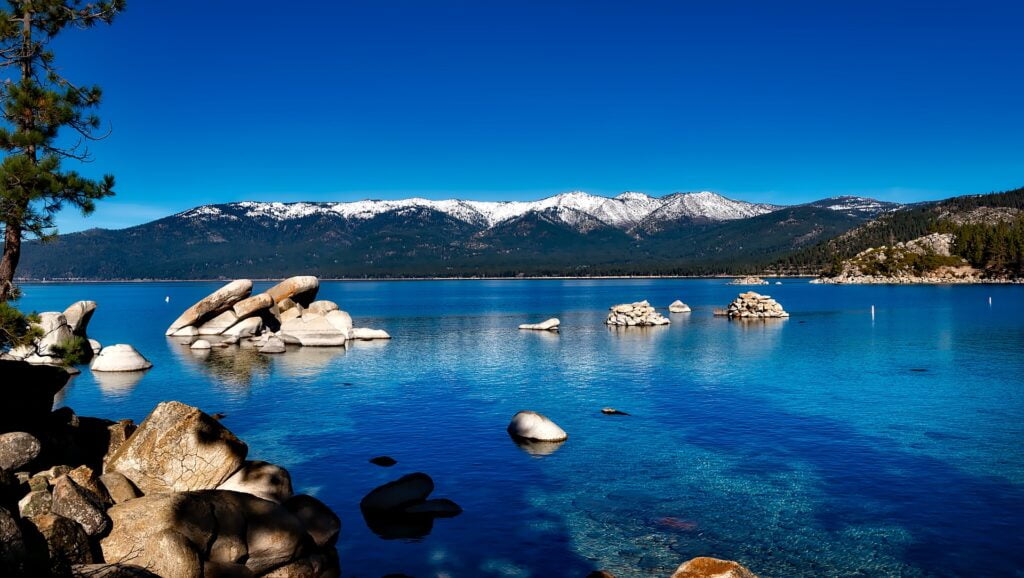 Over the years, Lake Tahoe has been the perfect holiday destination for families, irrespective of the season. The snowy mountains around the lovely blue lake make an excellent journey. However, not many are aware of that beautiful place’s dark past

In a report from the Reno Gazette-Journal, Lake Tahoe was said to be a dumping ground for Chinese railway workers’ bodies around the late 1800s. They were thrown hundreds of times while they were still alive and attached in large groups and were weighed down to the ground. In the mid-1900s, the mob would punish. They would put cement blocks on the victims’ feet and sink them down to the ground. The exact number of bodies at the bottom of the lake is absent. But the cold temperatures still keep locals and experts estimate more than 200 bodies below.

Also read: How To Get To Yosemite National Park?

If you’ve heard of the Loch Ness Monster, did you know that a creature that looks a lot like it has been observed near Lake Tahoe? The Washoe and Paiute tribes first told stories about these in the mid-1800s. They claimed the creature lived beneath Cave rock in an underwater tunnel. There have been numerous sightings since then. 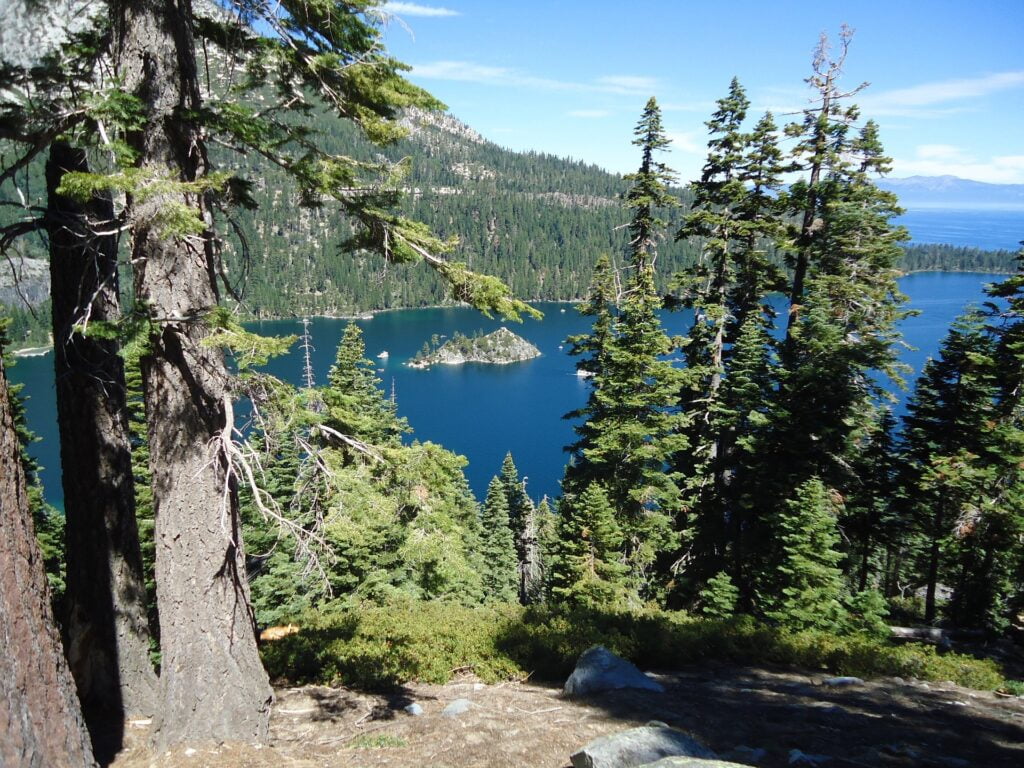 Two off-duty officers claimed to have seen a massive, black hump rise from the water and maintain speed with their boat going over 60 mph in the 1950s. Two divers reported seeing an underwater tunnel where a creature shot out and agitated the silt in the same decade. Where the creature had been, there were two enormous fin-prints.

A kayaking trainer claimed to have witnessed what seemed to be a green two-person kayak flip over and sink in the late 1990s. He could not notice any evidence of the kayak when he travelled to that region in a motorboat. His classmates also stated that they did not flip over at any point.

A snapshot of a black hump in the lake was taken by an off-duty bartender on the Tahoe Queen in 2004. It was the top of the creature’s head, he claimed. A family was vacationing in Lake Tahoe in 2006. They described seeing a big, black, scaly creature with an upturned nose, comparable to a sturgeon. They claimed, however, that it moved up and down like a mammal rather than side to side.

The Tahoe Tessie has become a popular emblem for local companies as a result of these many stories, and they have exploited it for marketing. It’s a nice theory to share with your buddies.

People uncovering dead remains is another common story about Lake Tahoe, aside from Tahoe Tessie. According to one report, a fisherman once hooked something in deep water off the coast that swiftly released. When the fisherman’s hook surfaced, he discovered a human ear hooked to it. According to legend, the dead bodies found at the bottom of Lake Tahoe were dumped in the lake by the mafia as a way of disposing of their opponents.

Locals claim that a section of the lake near the South Lake casinos is known as “The Grave.” They claimed that if you took a submarine to the ocean’s depths, you’d find hundreds of bodies dressed in clothing from the early to mid-nineteenth century. Because of the cold temperatures at the lake’s bottom, these bodies would be extremely well preserved.

In the 1960s and 1970s, the mob was powerful in the Tahoe area. Cal-Neva, owned by Frank Sinatra, was said to contain hidden tunnels beneath it. It was well-known for accompanying JFK and Marilyn Monroe meetings. Richard Chartrand, the owner of Bills Casino, was assassinated in a car bombing in 1968, which was a classic mob hit.

Lake Tahoe is riddled with secrets and legends. Who can say for sure what is true and what isn’t? Hopefully, we will be able to unearth more definitive evidence of what is at the bottom of Lake Tahoe someday. People’s imaginations can run wild till then, hoping for more excursions and discoveries. Until then stay tuned and don’t forget to add your valuable feedbacks in the comment section below.