Park features include Eagle Falls and Vikingsholm, a 38-room mansion that is considered one of the finest examples of Scandinavian architecture in the United States. 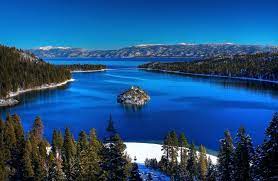 The architect was Leonard Palme, who was hired by his aunt Laura Knight to design and build Vikingsholm. The park contains the only island in Lake Tahoe, Fannette Island.

The park is accessible by California State Route 89 near the southwest shore of the lake. Emerald Bay is one of Lake Tahoe’s most photographed and popular locations.

In 1969 Emerald Bay was recognized as a National Natural Landmark by the federal Department of the Interior. In 1994 California State Parks included the surrounding water of the bay as a part of the park, making Emerald Bay one of the first underwater parks of its type in the state, protecting the various wrecks and other items on the bay’s bottom.

Look down on the astounding bay at Emerald Bay State Park and you can see why Mark Twain, in his 1871 travel book Roughing It, dubbed Lake Tahoe “the fairest picture the whole earth affords.”

The park does indeed offer some of the best Lake Tahoe views, but fast forward nearly a century and a half and you’ll find the area offers a lot more than just a picture. What better place to hike, tour a stone castle, Instagram from the deck of a boat cruise, or simply dive in? You can do it all at Emerald Bay State Park.

While Lake Tahoe’s main lake is as blue as a topaz, a color created by the waters’ remarkable clarity and depth, this somewhat shallow bay on the lake’s west shore takes on a startling and beautiful blue-green. It’s made all the more striking by the perfect dot of tiny Fannette Island—the only islet in Lake Tahoe—right in the middle of the bay.

From large pullout areas off Highway 89, see if you can spot the ruins of a tiny stone tea house perched on the top of the island.

The teahouse, and the 38-room stone castle known as Vikingsholm that’s built on the nearby shore, were constructed by Lora Knight, an extraordinary woman who married into extreme wealth, then used her money to educate young people who could otherwise not afford it. 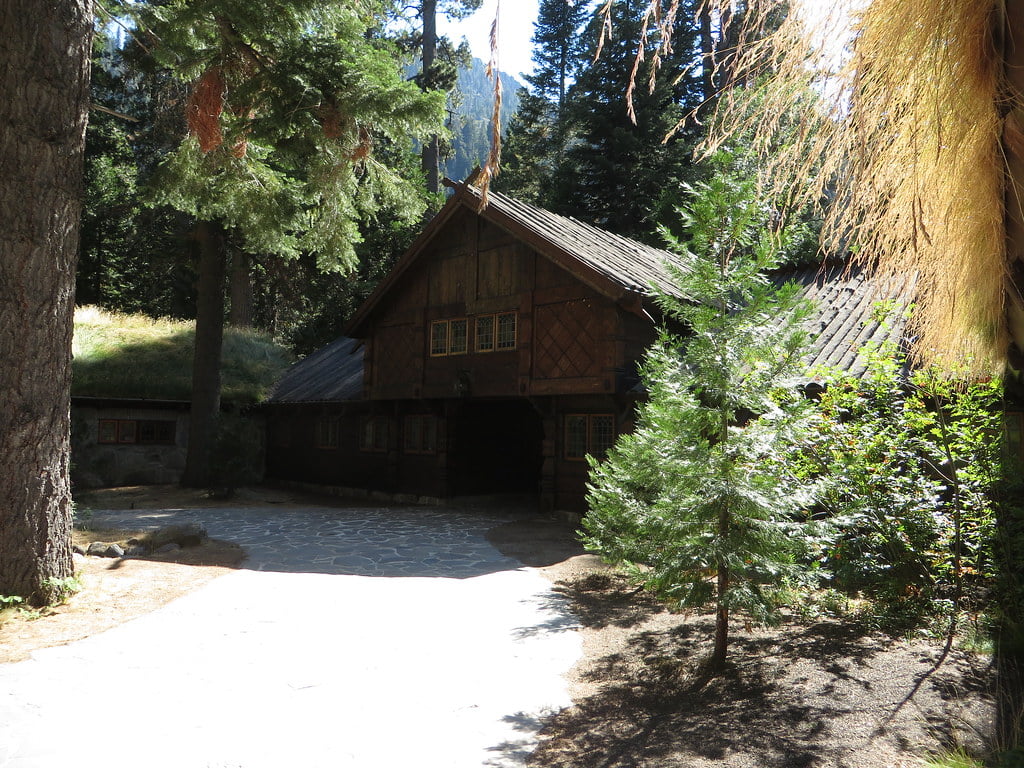 Learn about her and walk through her richly detailed, hand-built home, the design of which was inspired by buildings in Scandinavia dating as far back as the 11th century, on tours offered several times daily, late-May through Labor Day. It’s about a one-mile (and fairly steep) walk down from the parking lot to get there, but it’s definitely worth it.

You can also access Emerald Bay on the popular and easy Rubicon Trail, which follows the edge of the lake from D.L. Bliss State Park four miles south to the bay.

Another short hike with a big reward is the one-mile trail that starts across the highway from Emerald Bay and leads up to the icy cascades of Eagle Falls and a panoramic view of Emerald Bay and Lake Tahoe.

Cruises on paddle wheelers such as the M.S. Dixie II visit Emerald Bay; you can also simply use the bay as a great destination if you rent a boat at South Shore. For a big splurge, book a private yacht cruise with Lake Tahoe Boat Rides; along the way, the captain sheds light on the region’s history.

If you’d like to have a truly unique experience—and one that’s the first of its kind in California—the underwater Emerald Bay Maritime Heritage Trail will scratch that itch. Using scuba or snorkeling gear (there are several dive shops nearby where you can rent gear), visitors can follow an underwater “trail” of watery graves of fishing boats, recreational skiffs, and barges from the early part of the 20th century.

Waterproof cards are issued with information about the scuttled boats and the history behind them, which make up the largest and most diverse group of small sunken watercraft in their original location in the country.

There are a lot of other places you can visit in Emerald Bay State Park. Some of them are:

The whole trip to this location will surely be a fun-filled one if you plan on coming to California and visit this place.