The Gateway of India is an arch monument built during the 20th century in Bombay, India. The monument was erected to commemorate the landing of King George V and Queen Mary at Apollo Bunder on their visit to India in 1911.

Built in Indo-Saracenic style, the foundation stone for the Gateway of India was laid on 31 March 1911. The structure is an arch made of basalt, 26 metres (85 feet) high.

The final design of George Wittet was sanctioned in 1914 and the construction of the monument was completed in 1924. The Gateway was later used as a symbolic ceremonial entrance to India for Viceroys and the new Governors of Bombay.  It served to allow entry and access to India. 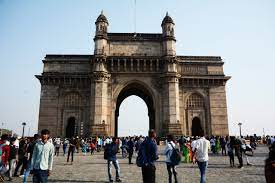 The Gateway of India is located on the waterfront at Apollo Bunder area at the end of Chhatrapati Shivaji Marg in South Mumbai and overlooks the Arabian Sea. The monument has also been referred to as the Taj Mahal of Mumbai, and is the city’s top tourist attraction.

The gateway was built to commemorate the arrival of George V, Emperor of India and Mary of Teck, Empress consort, in India at Apollo Bunder, Mumbai (then Bombay) on 2 December 1911 prior to the Delhi Durbar of 1911; it was the first visit of a British monarch to India.

However, they only got to see a cardboard model of the monument, as construction did not begin until 1915. The foundation stone for the gateway was laid on 31 March 1913 by then governor of Bombay, Sir George Sydenham Clarke with the final design of George Wittet for the gateway sanctioned in August 1914. Before the gateway’s construction, Apollo Bunder used to serve a native fishing ground. 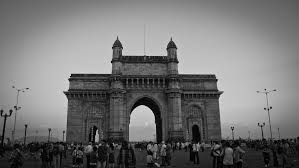 Between 1915 and 1919 work continued at the Apollo Bunder to reclaim the land on which the gateway was to be built, along with the construction of a sea wall. Gammon India had undertaken construction work for the gateway.

Its foundations were completed in 1920 while construction was finished in 1924. The gateway was opened to the public on 4 December 1924 by then viceroy, Rufus Isaacs, 1st Marquess of Reading.

Following Indian independence, the last British troops to leave India, the First Battalion of the Somerset Light Infantry, passed through the gateway with a 21-gun salute, as part of a ceremony on 28 February 1948, signalling the end of the British Raj.

The gateway’s arch has a height of 26 metres (85 feet) with its central dome being 15 metres (49 feet) in diameter. The monument is built of yellow basalt and reinforced concrete. The stones were sourced locally while the perforated screens were brought in from Gwalior.

The monument faces towards the Mumbai Harbour. There are four turrets on the structure of the gateway, and there are steps constructed behind the arch of the gateway which lead to the Arabian Sea. The monument features intricate stone latticework (also known as the jali work).

The harbour front was realigned in order to make an esplanade, which would sweep down to the centre of the town. On each side of the arch, there are large halls with the capacity to hold 600 people.

The cost of the construction was ₹21 lakhs, borne by the then government. Due to a paucity of funds, the approach road was never built. Hence, the gateway stands at an angle to the road leading up to it.

In February 2019, Seagate Technology and CyArk embarked on a mission to digitally record and preserve the gateway, by digital scanning and archiving of the monument. The images and data collected will be used to make photo-real three dimensional models.

The drawings and three-dimensional models will inform any future reconstruction works.

If you want to read more about India’s architectural style, do visit this article about Taj Mahal.

How To Reach There?

Mumbai is very well connected to rest of India by trains. The Chhatrapati Shivaji Terminus is the most popular station in Mumbai. Trains to Mumbai are available from all major railway stations in India.

Some important Mumbai trains to note are the Mumbai Rajdhani, Mumbai Duronto, Konkan Kanya Express. However, if you are coming from other central or suburban railway stations, then you can reach CST through local transport. 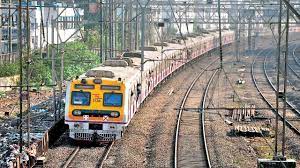 Government, as well as private buses, operate daily services to this route. Mumbai bus stand is situated at the centre of the city.

The gateway is amongst the prime tourist attractions in Mumbai. The gateway is a protected monument in Maharashtra under the aegis of the Archaeological Survey of India (ASI). It is a regular gathering place for locals, street vendors, and photographers.

In 2012, the Maharashtra Tourism Development Corporation moved the Elephanta Festival of Music and Dance from its original location at Elephanta Caves — where it had been celebrated for 23 years — to the gateway, due to the increased capacity offered by the venue.

By the year 2012, the Bombay Municipal Corporation increased the plaza area around the gateway for pedestrians by restoring the area at a cost of ₹5 crores. It involved the cutting down of trees, reducing the garden area, replacing toilets, and closing the car park.

The redevelopment led to a dispute between the Indian National Trust for Art and Cultural Heritage (INTACH) and the Urban Design Research Institute, and the government was criticised for poor project implementation which critics alleged had failed to conform to the original plans.

In January 2014, Philips Lighting India, in association with the Maharashtra Tourism Development Corporation, undertook the expenditure of ₹2 crores to illuminate the gateway, by installing an LED lighting system with sixteen million shades.

Philips used products from its Philips Color Kinetics and LED street lighting, and did not receive any branding for the illumination project in which 132 light points were created, which were reportedly sixty-percent more energy efficient than the old lighting system.

In August 2014, the state Directorate of Archaeology and Museums had proposed conservation of the gateway by the ASI, after noting deterioration caused by saline deposits from the sea. An estimate of costs was to be prepared and approved by the ASI. The last such conservation had been undertaken twenty years earlier.

An independent study had earlier been conducted at the gateway, between June 2001 and May 2002, aimed at informing future conservation of the monument understanding the degree of colour changes of stones owing to seasonal weather conditions and saturated colour of minerals.

The study found the stones of the monument to appear darker during monsoon than during other seasons while the colour change in the inner portions of the monument rises with variations of seasonal humidity and temperature, given they do not face the sea, rainwater, or sunlight.

In 2015, the Maharashtra Maritime Board and the Maharashtra Coastal Zone Management Authority approved a proposal to construct a passenger jetty near Apollo Bunder and a promenade between the gateway and the Bombay Presidency Radio Club. The project was aimed at reducing crowding at the gateway by closing all its jetties and refocusing the location solely as a tourist attraction.

Things To Do Near Gateway Of India.

Let us check things to do near Gateway Of India to make your journey more memorable:

1. Shop and Hop at the Colaba Causeway: 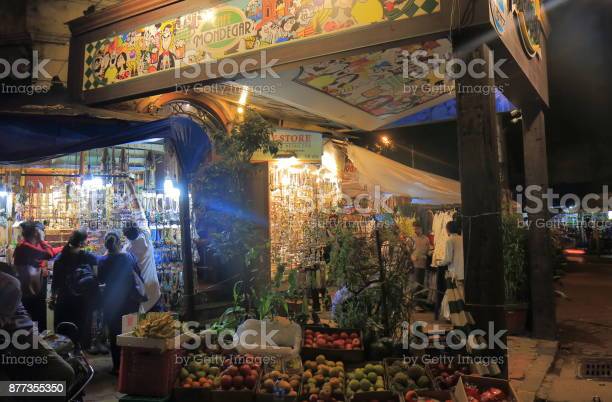 2. Satisfy your hunger at these delish eateries: 3. A bollywood flick awaits you at Regal Cinema:

4. A jetty near Gateway Of India but far from the hustle: 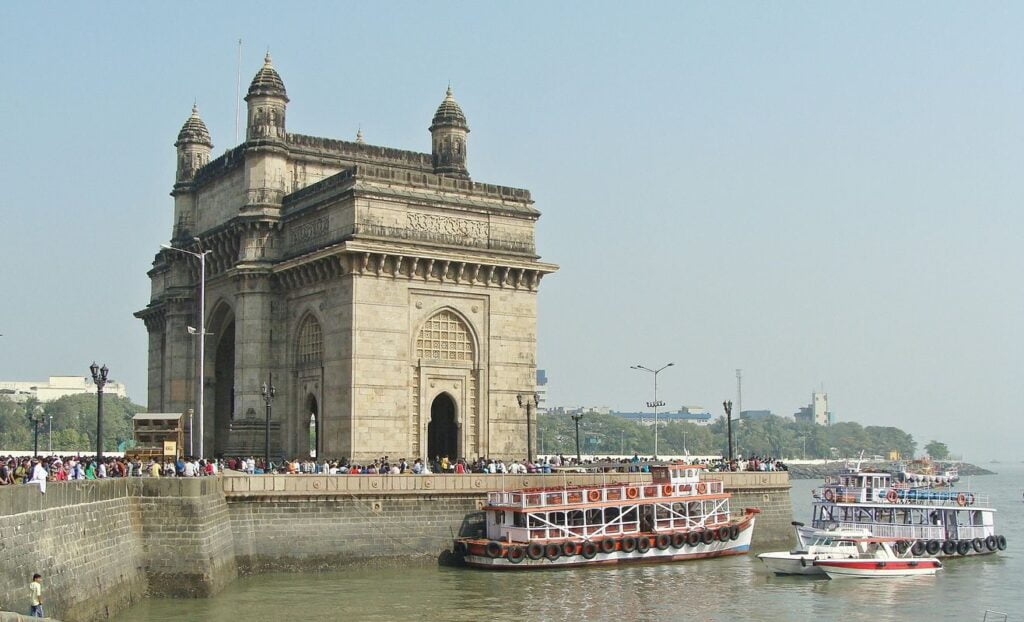 5. Remnants of a museum and luxury hotels: This trip to Gateway Of India and surrounding places is sure to make a special place in your heart when you return home after a hectic day of travelling and exploring new places right here in Mumbai!