Also known as Quasi Stellar Radio Sources, are newly formed galaxies with a lot of mass, and a supermassive black hole at the center of it, spinning at an unimaginable speed and emitting high energy beams from its poles.

But how does all of this happen? Formation of new galaxies and their super massive black holes at the centers and why is it that only young galaxies have the possibility to become a quasar. We will try to explain all of that in this article.

Formation of a new galaxy

After the Big Bang, much of what was left were large amounts of super heated gasses. These gas molecules, due to the gravitational force of attraction, drifted towards each other, slowly piling up. Once the gravitational forces became strong enough, solid objects started forming. These could be planets, stars, black holes and super massive black holes. Usually at the center of the galaxy lies the largest black holes which combine to form a supper massive one.

Why is everything in this universe spinning?

We consider, the tiny dot  which went big bang, about the size of Planck Length, that is 1.6×10−35 , to be spinning. Thus whatever mass came out from it, was also spinning due to the conservation of angular momentum.

When the particle around the black hole slowly approach towards the center, they do not follow a straight path, rather a circular path, before falling in. You probably have come across this phenomena, where you toss a ball on a cone shaped surface with a hole in the center 2, the ball, instead of falling directly through, it would approach the hole in a circular path. This creates a disk of objects, making their approach. It is also known as the Accretion disk. In this disk, the amount of friction produces, between the stellar debris is pretty. Temperatures can reach up to a million kelvin, or just 273 degrees less than a million degree Celsius. 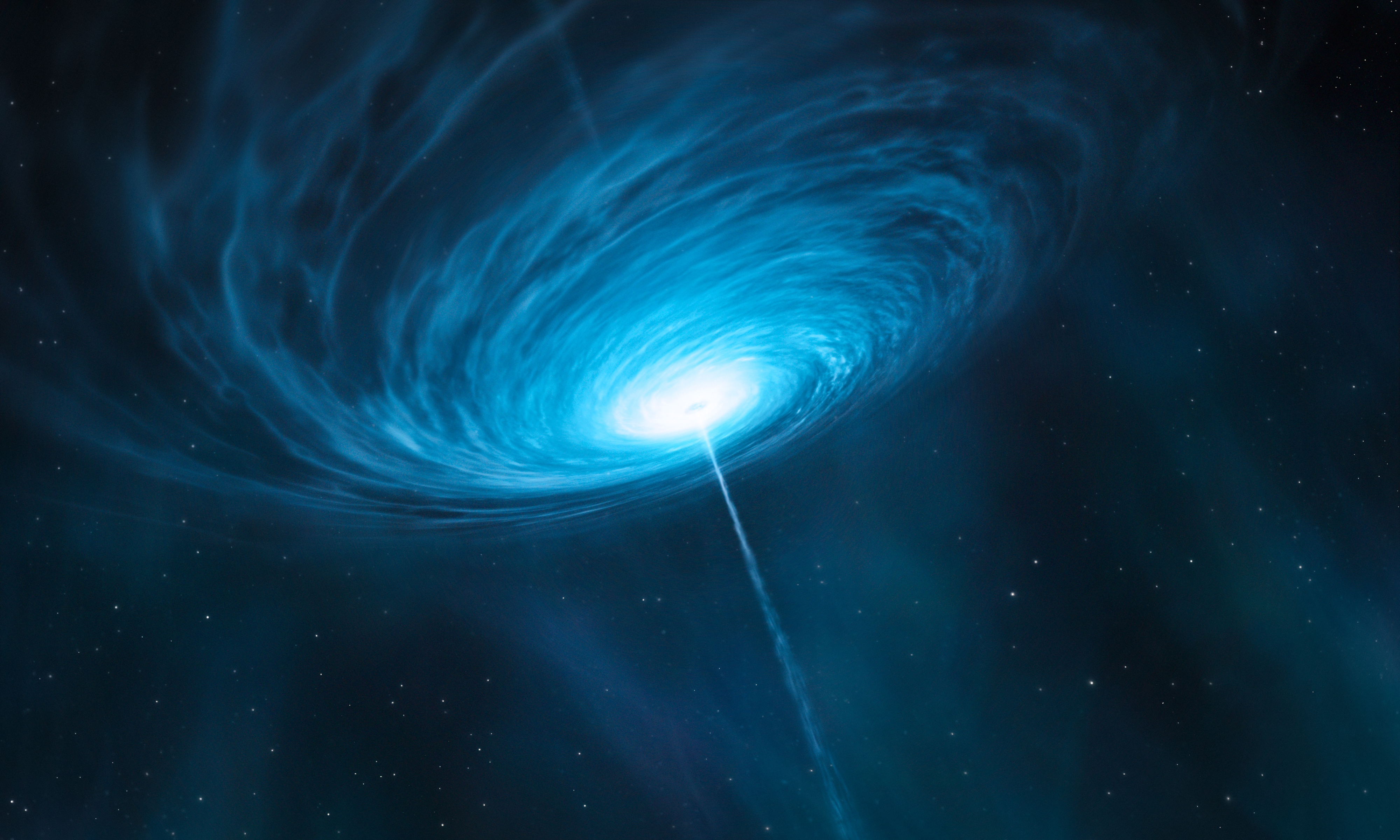 The black holes themselves have strong magnetic field. The compact nature of this stellar body adds to the stronger field strength nearer to it. When the magnetic field and the energy produced due to friction in the accretion disk interact, the black hole starts shooting a continuous beam of high energy particles from its poles.

That’s all about quasars for now, until science makes further discoveries on them. Watch the video, learn more interesting facts on quasars, until we see you in the next one. Maybe check out our blog on supernova in the mean while.