What are stars? they are the little sparkly objects in the night sky. We have been looking at it our whole life with a little bit of fascination. Having the childish want of reaching it with the palm of our hands.

The most well-known astronomical objects are stars, which are the most essential building parts of galaxies. The age, dispersion, and composition of a galaxy’s stars reveal the galaxy’s dynamics, history, and even its evolution. Furthermore, stars are responsible for the production and dispersion of heavy elements like nitrogen, carbon, and oxygen. Their features are inextricably linked to those of the planetary systems that may form around them.

How Does The Formation Of A Nebula Take Place?

Nebulas, or interstellar clouds of gas and dust, are where stars are born. Nebulas are formed in two ways. They are remains from the original big bang or the aftermath of stars going supernova or collapsing. Astronomers have long been aware of nebulas, but nothing was understood about them until the twenty-first century. 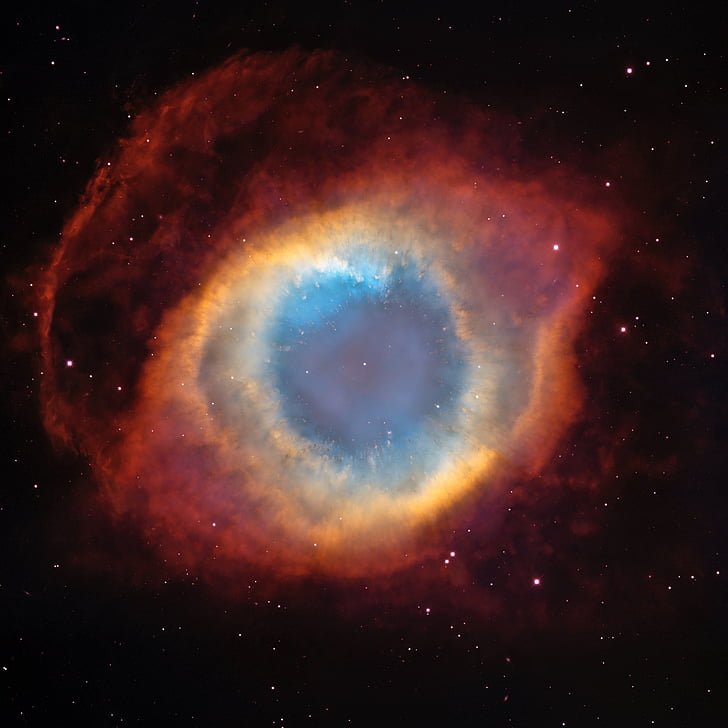 But, the question remains, how does nebula create star-forming regions? Nuclear fusion and gravitation force have the answers to that question. The majority of nebulas are floating clouds of gas and cosmic dust in the interstellar medium. Galaxies were once mistaken for nebulas due to their similar appearance. It was eventually discovered that they were actually a larger cluster of stars orbiting the earth at a tremendous distance.

Astronomy is centered around the study of the lifecycle of stars. Today we will be talking about one such aspect its lifecycle! If you are wondering about how those tiny-looking giant objects in the sky are born, we have got you covered.

The Collapse Of A Nebula And The Creation Of Stars

The more dense regions of the dust and gas that exists in the space between stars and galaxies are known as nebulas. We know that every particle in this cosmos exerts a force attraction also on every other particle because of the universal gravitational law. With nebulas, this process happens over a period of time when the particles in the interstellar medium start to clump together.

Because gases contain mass, the process will inevitably continue because a large mass creates a greater gravitational field. A certain critical point between the pressure of gases and the nebula’s gravity is crossed at some unspecified moment in time, and the nebula starts to collapse due to its own gravity. In the nebula, the most abundant element is molecular hydrogen, and as a result of the collapse of the nebula, the nebula gets triggered to go through nuclear fusion giving birth to a star.

As indicated by the vast number of galaxies and stars in the cosmos, this is a process that occurs almost everywhere. Recently, scientists have begun to wonder how often it is for stars to give birth to planets, particularly ones that are apt to support life.

Gliese 581-g is one such planet that has just been found by scientists. While it is closer to its star than our planet, Gliese 581-g is well within the habitable zone. It is required for liquid water as well as the correct temperatures for life to take place.

The greater a star, the shorter its life is, even the most massive ones which live for billions of years. The study of nebulas and the interstellar medium, has revealed a great deal about the origin and evolution of stars. We will gain a clearer picture of our universe, and how it was born and continues to grow when better telescopes and probes are developed.

If you like this blog and want to read a similar one then do not forget to try this: https://explified.com/journey-to-the-center-of-the-milky-way/