The majestic Amer Fort (Amber Fort) is one of India’s most well-known and frequented forts, located near Jaipur in Rajasthan. It’s no surprise that it’s one of Jaipur’s most popular tourist attractions. Here’s everything you need to know to make your vacation a success. 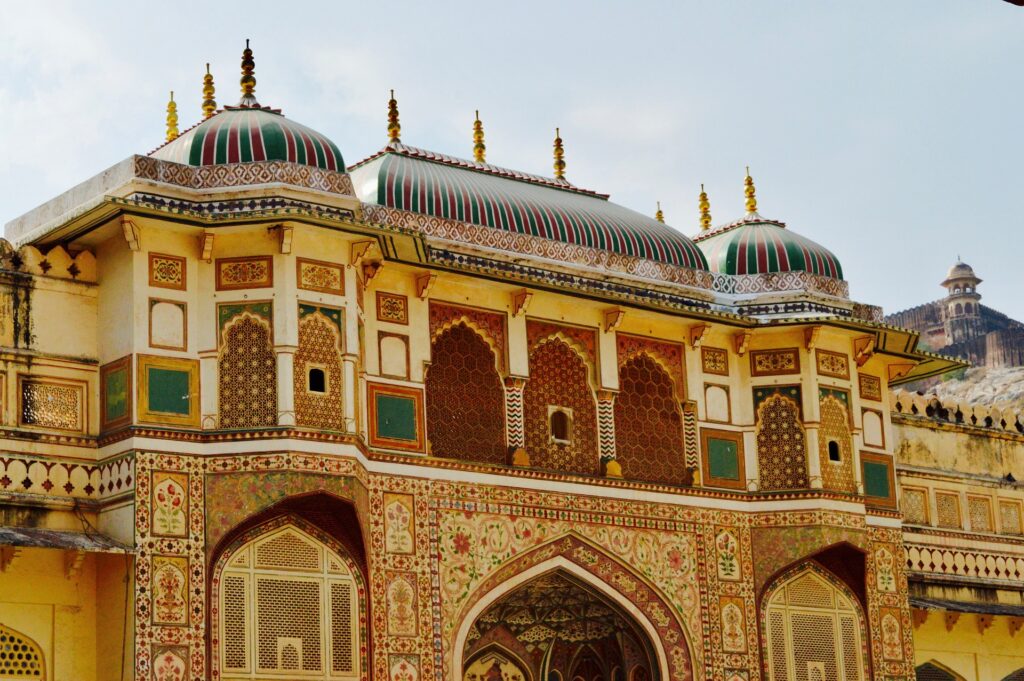 As you may be aware, forts are frequently found on hilltops. The hill on which Amber or Amer Fort stands is known as Cheelon ka Teela, which translates to “hillock of the eagles.” It was built in the 10th century CE by the Meenas, who are currently categorised as tribals.

Amer is now a tiny village that surrounds the fort. There are 365 temples in the town, according to my sources. When you are in the fort, you can see the tall spires of many temples, but someone needs to go around the town and explore them more.

There are six things you should not miss while visiting Amer Fort.

Amer, as an ancient fort city, has a lot to offer visitors. Here are a few highlights from your visit to the fort: 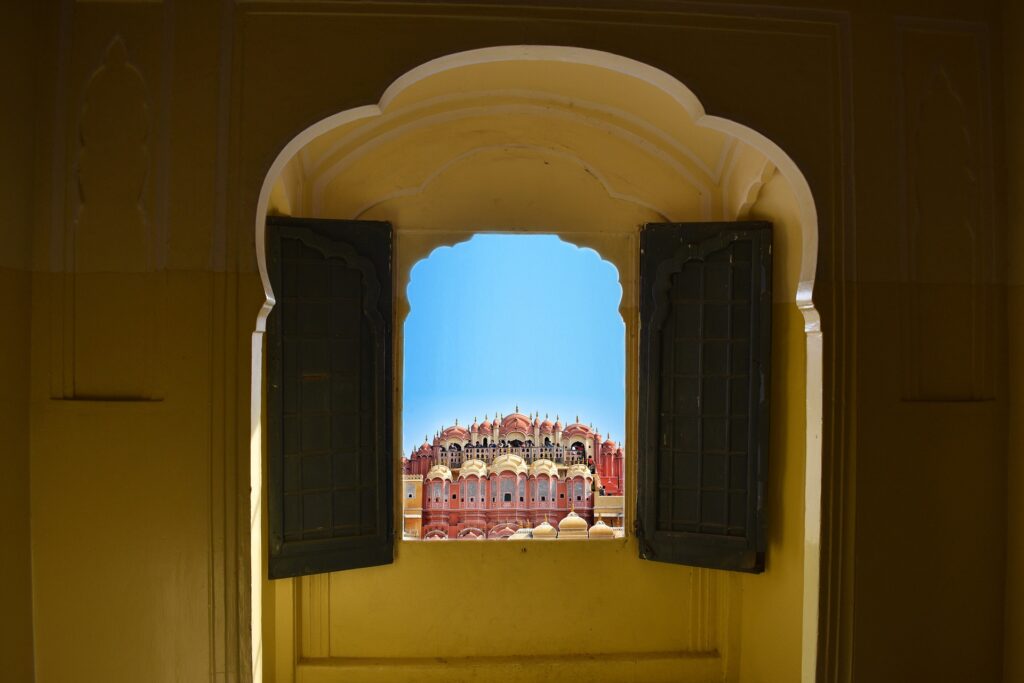 After climbing the fort’s enormous wall, you’ll enter through a tall gateway known as Suraj Pol or the Sun Gate. You’d be standing in an open courtyard with yellow structures on three sides and a wall on one side that overlooked the water tank. In the midst of the tank is a Kesar Kyari or saffron garden. This was an attempt to grow saffron in Rajasthan’s arid, hot climate. For attempting it, you get full marks.

Sila Devi is a shrine devoted to Kali, also known as Shakti. According to legend, the Shila, or stone idol, came from Bengal, where Kali is worshipped. Before going to war, all of the warrior kings worship Shakti. Although, in the fort, there was always a Shakti temple. One was also discovered among the ruins of Kapilavastu in the 6th century BCE. Sila Devi temple’s magnificent silver doors are a must-see. 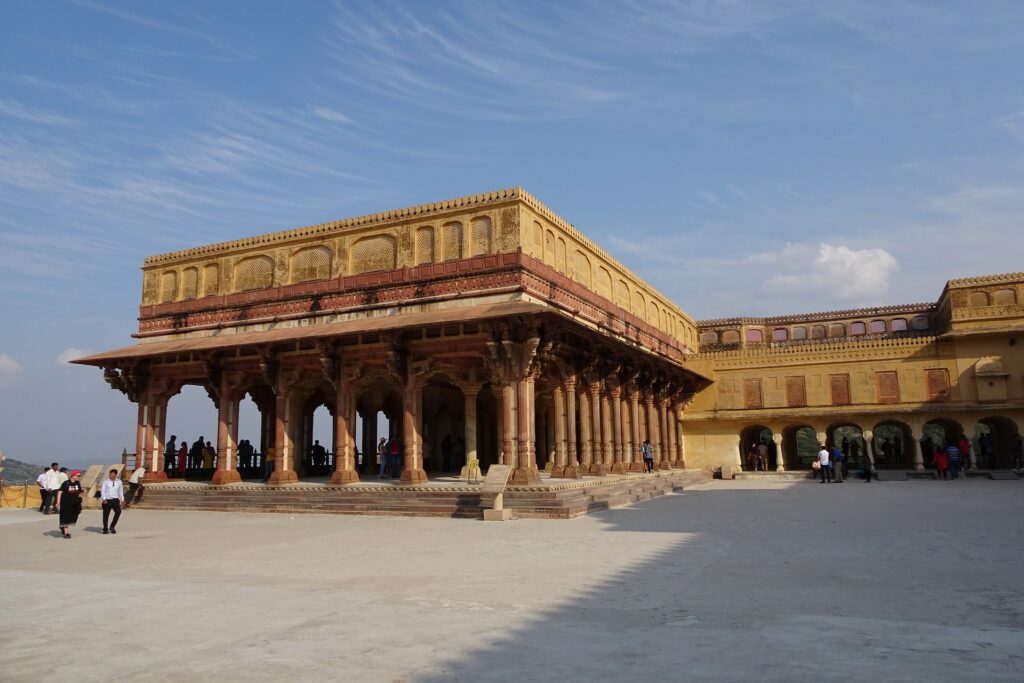 This is the public audience hall, where the king would listen to public complaints and possibly make public pronouncements. Visitors appreciate how the pillars give this wide space some personality. All though, the arches give the impression of being within a hall, while the open courtyard all around gives the impression of being outside. The double-elephant capitals on top of these pillars are worth mentioning.

This is the true entrance to the fort’s private sections, the Amer Palaces. The frescoes on this gateway are the most well-known and Instagrammable aspect of the fort. There is a Ganesha mural, similar to the ones found at the entrances of temples, forts, and palaces.

The rest of the walls and ceilings are covered in flowery designs, also known as the Phool-Patti design in Hindi. The frescos here have Indian influences due to the presence of Ganesha, Mughal influences due to the floral patterns, and English influences due to the use of pastel colours. The fort was erected during the fusion era, thus it’s a good illustration of that time period. When you enter through this gate, look for the murals on the ceilings and skirting. The Sheesh Mahal is the most beautiful portion of Amer Fort. 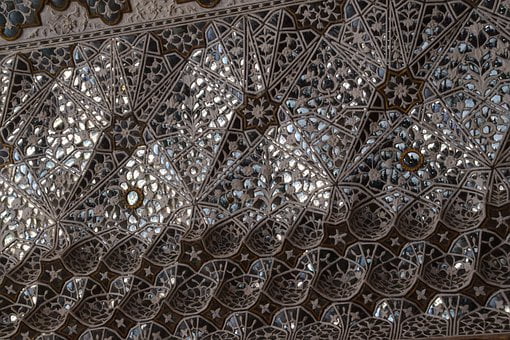 The Diwan-e-Khaas, or meeting place of famous people, is actually the Sheesh Mahal. The king would meet his ministers or royal visitors here. It is, additionally, named Sheesh Mahal because of the little mirrors that cover the walls. This palace is claimed to have inspired the Sheesh Mahal in the Hindi film Mughal-e-Azam. It’s tough to imagine how the mirrors might look when some lamps are turned on at night because they’re mounted on a pale white wall.

Aside from the stunning looks, I believe it is a creative use of glass to magnify light without consuming a lot of resources. In front of Sheesh Mahal, there are well-kept gardens.

Pro Tip – Don’t miss the magical flower carvings on the base of one of the pillars, where if you rest your hands perfectly on a single flower, you can see a fish, a snake, an elephant, a lion, a scorpion, and a corn cob. Any guide would be able to assist you in locating them.

Since we are on a tour to India this time, you might also want to discover the most iconic fort of India. Click here to know more about the red fort of India.

Sukh Mahal translates to “Happiness Hall” or “Pleasure Hall.” However, this is an air-conditioned space with water channels running across the hall to keep it cool. There can’t be a larger Sukh than this in the desert heat. however, the designs on the wall in cool blue colours add to the hall’s ambience.

Pro Tip: Be sure to check out the Sandalwood door with ivory inlay work. Even though there isn’t much left, the ruins provide a glimpse of the city’s glory days.

This is all about the article, make sure you comment and share your valuable feedback with us! stay tuned for more!