The scepticism over the existence of supernatural beings is still a big question mark in this queer world. Yet, the time never ceases to bring out peculiar incidents of such paranormal mysteries.

A 160-room mansion in San Jose, California, features doors and stairways that lead nowhere. Sarah Winchester, the owner, died in 1922. She was renowned as a strange woman who wore black, which was only worn for mourning at the time. 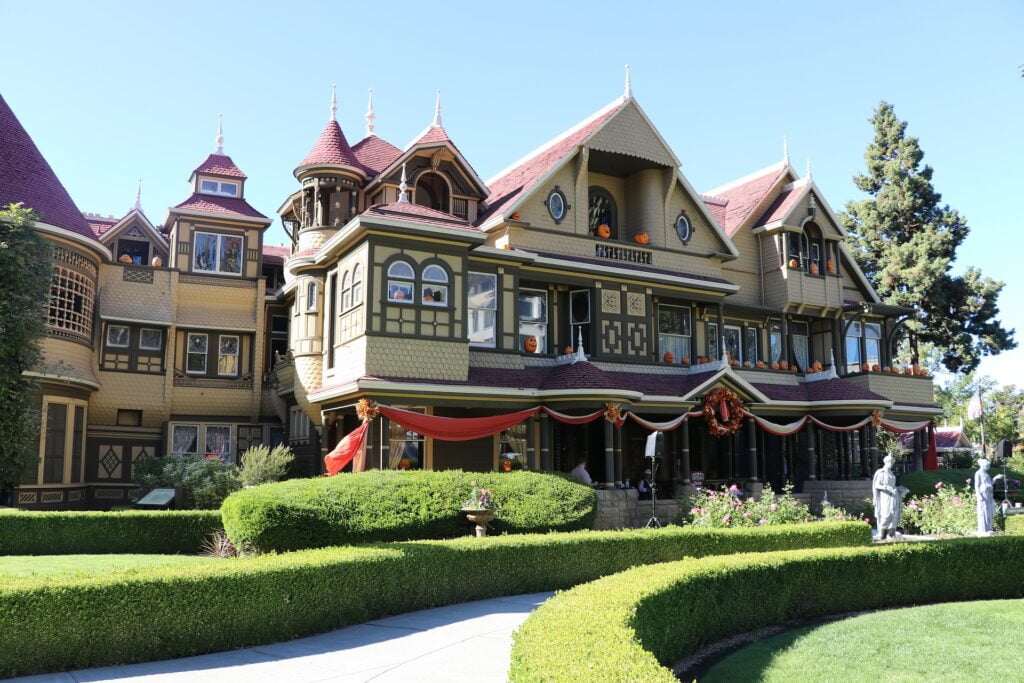 She created a weird and wonderful mansion that has become a tourist attraction. The ornate residence was previously an unfinished eight-room farmhouse in the Santa Clara Valley, three miles west of San Jose, California. She bought the land in 1884, and construction took 38 years to complete.

Sarah Lockwood Winchester was married to William Wirt Winchester, whose father produced the Winchester rifle, renowned as “the gun that won the west,” according to her biography page, “Sarah Winchester: Woman of Mystery,” archived from the Winchester Mystery House website. Sarah was a talented musician who could communicate in three languages.

The move out to the west

Mrs Winchester was told by this medium that the victims killed by the Winchester rifles her family manufactured were seeking vengeance by murdering her family. She was also told by the spiritualist that the spirits had placed a curse on her and that if she wanted to live, she needed to move out west and build a house for the night and day without stopping. 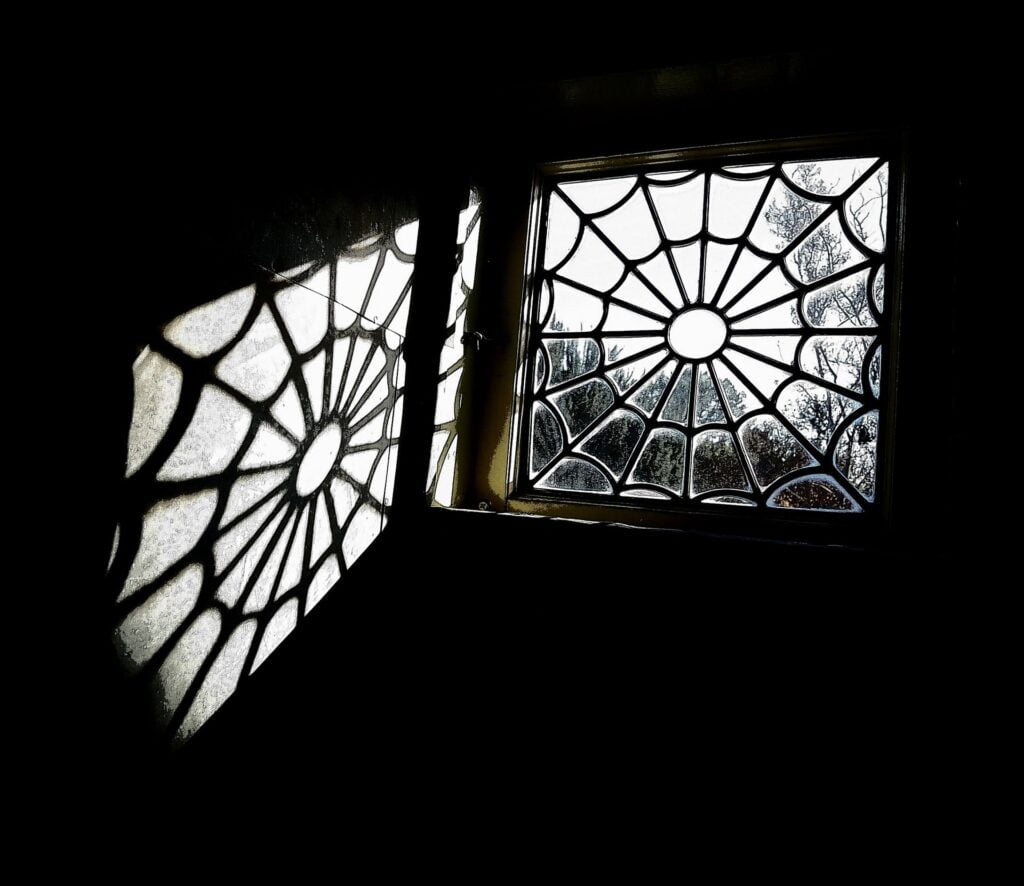 Sarah moved out west to San Jose, CA.  She bought an eight-room farmhouse there and began the world’s longest home renovation, which she completed only after Sarah died in September.

Sarah is said to have held seances in a turret room now known as the “Witch’s Cap.” She would provide the construction foreman blueprints to begin work the morning following these seances. In a 1906 letter, Winchester acknowledged the house’s unique nature, describing it as seeming as if it had been built by a “mad person.”

Sarah Lockwood Pardee Winchester, the widow of William Wirt Winchester and heiress to a substantial piece of the Winchester Repeating Arms fortune, lived in the Winchester Mystery House in San Jose, California. 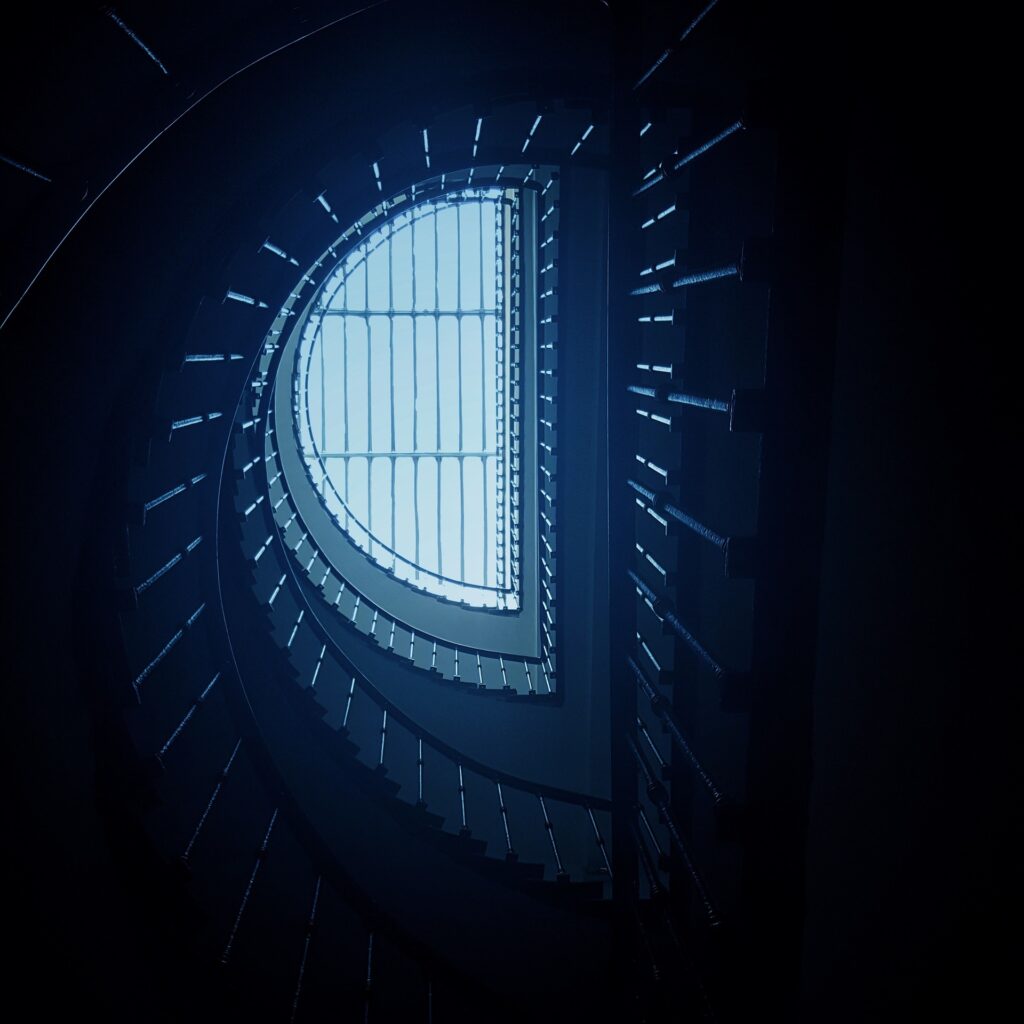 According to the San Francisco Travel Association’s “Everything You Need to Know About the Winchester Mystery House,” some of the staircases in this house are genuinely bizarre. Rather than leading to another floor, they lead straight to the ceiling. Throughout the property, there is a massive network of hidden passageways.

A hive of 30 additional rooms is accessible by one cabinet door. The large collection of windows (over 10,000) and the fact that some of the most beautiful Tiffany stained glass is hidden away where no light can reach it excites many tourists.

The most popular theory about the house’s construction is because it was fuelled by remorse. Winchester was remorseful for the lives lost as a result of the pistol bearing her husband’s surname. The stairways and doors to nowhere may have served a supernatural purpose, according to one belief. They were included in Winchester’s preparations as a means of confusing the spirits she felt were following her.

These are the facts

Millions of people have visited Sarah Winchester’s lovely mansion over a century after it first opened for tours. Many “Top Destination” lists from around the world have included the mansion.

Also Read: What Is Big Sur Known For?

What remained, though, is a mystery. Rumours of a “mystery mansion” being built by an eccentric and affluent woman swirled even before her death. Was it a psychic who told her to build this house? Were the ghosts of those killed by the “Gun that Won the West” haunting her? Is it true that construction never stops? What drove a well-educated socialite to isolate herself from the rest of the world and devote herself almost entirely to the construction of the world’s most beautiful, yet weird mansion?

These are some of the most spooky unanswered questions. what is your opinion on the mansions’ mystery, do tell us in the comment section below and stay tuned for more.